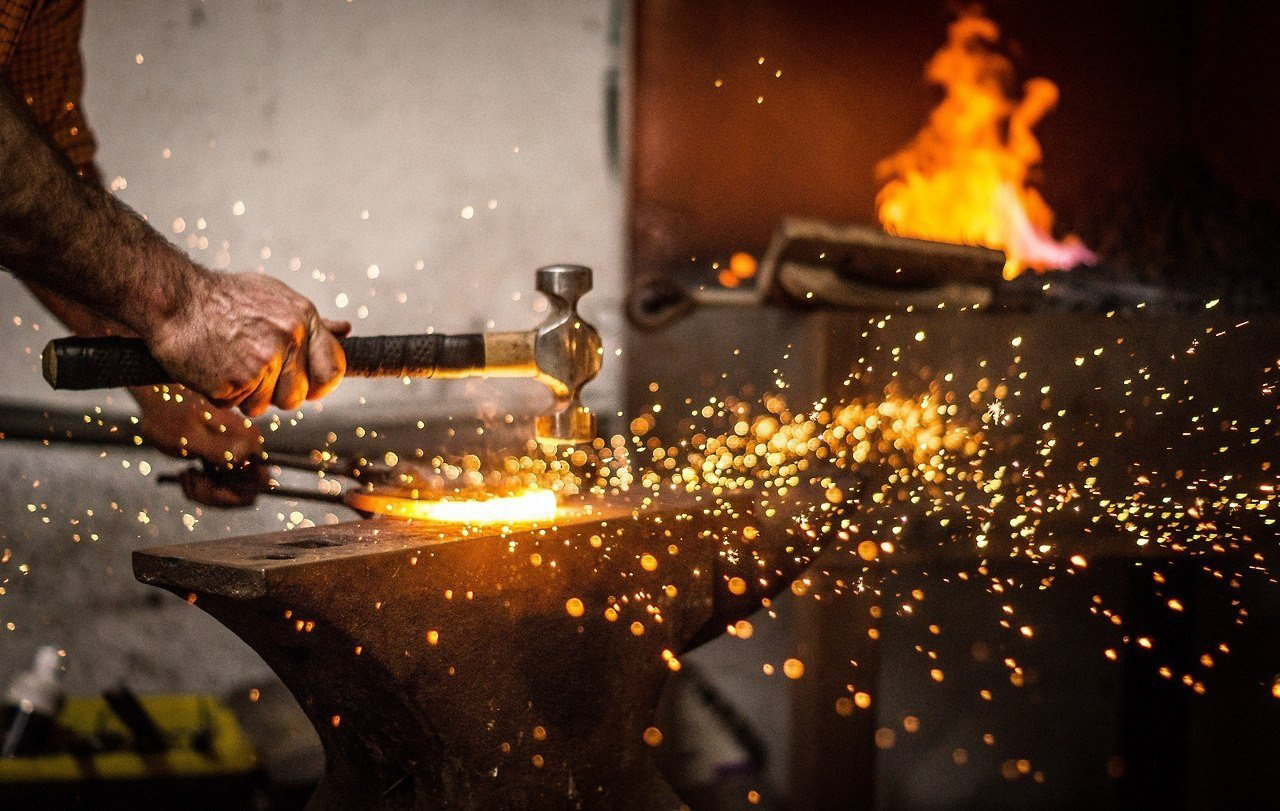 Fact № 1. The patron saint of blacksmiths in ancient Greece was Hephaestus – the god of fire and blacksmithing. He himself was engaged in forging and created incredible things from iron. The processing of metals came to Greece from the Aegean islands. It was believed that Hephaestus came from the volcanic island of Lemnos, where his smithy smiths were located.

Fact № 2. From the blacksmith’s business are the most common surnames in different countries of the world. For example, in Ukraine there are numerous Koval, Kovalchuk and Kovalenki. In Poland – Kowalsky, Schmidt in Germany, Smith in England, Hererry in Spain, and Ferrana in France. All these are the heirs of the ancient forging craft.

Fact № 3. Iron less than all other metals undergoes processing and to obtain the desired form it needs to be heated to a temperature of approximately 1000 ° C. Only under such conditions may work with him. For comparison, the temperature at 1000 ° C has lava, when only begins to flow volcano slopes.

Facts No. 4. The first US president George Washington (1732-1799) loved to lie in his spare time, and to the Italian dictator Benito Mussolini (1883-1945) he liked not only the forging, but also posing in front of cameras with a hammer in his hands.

Fact № 5. The development of the metallurgical industry has greatly simplified the process of forging and processing metals. The forging and stamping production is technically and organized perfectly from year to year, which almost supplanted the inspiration of manual forging. But in the XXI century people return to individuality and creativity, so the traditions of manual forging are actively revived.

Questionnaire for an individual order